A Language in Crisis 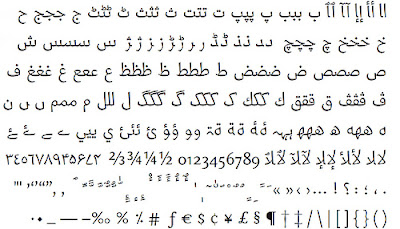 Below is a translation of an opinion piece by Islamist thinker and Arab nationalist Fehmi Huwaidi (فهمي هويدي) from the March 30 edition of the Moroccan newspaper Al-Masae.

In his piece, Mr. Huwaidi address a familiar topic in the Arab world, which is the crisis or decline of Arabic's use, status and prestige in our modern age:

Our Besieged and Defeated Language

Last Thursday, March 15, around 650 scholars in Beirut, Lebanon issued a statement defending the Arabic Language. For the previous three days, the researchers and professors had participated in a conference organized to discuss the state of Arabic and the crisis it faces today. According to Lebanese papers, the conference, which issued the "Beirut Paper on the Arabic Language" at its conclusion, was called for by the International Council for the Arabic Language, a new organization supported by UNESCO.

Beforehand, I had never heard of the International Council for the Arabic Language. Nonetheless, I am aware that Arabic's crisis has, for various reasons, reached a climax in recent years.

Tremendous enrollment increases in foreign schools across the Arab world have resulted in the abandonment of government-sponsored schools who instruct students in Arabic. The spread of social media websites, has increased the us of English in daily life. The escalation of the conflict in Iraq has strengthened competing indigenous languages, like Kurdish and Tamazight. Lastly, and most importantly, foreign languages have stepped into the void created by the recession of the 'Arab' identity. This decline has not only encouraged the increased presence of foreign languages, but has also tipped the linguistic balance within Arab society towards local dialects, making them increasingly more prevalent compared to Standard Arabic.

It is not surprising that in this negative environment a law was proposed to the Israeli Knesset to eliminate Arabic as the country's second language. This comes despite the fact that Arabic is the mother tongue of a large number of Sephardic Jews, many of whom have Arab roots from Iraq, Syria, Yemen and Morocco. Additionally, Arabic is spoken by over 22% of Israel's population: Palestinians, the nation's original settlers, who remained on Palestinian soil after the 1948 Nakba.

In the Middle East and North Africa, not to mention the Gulf States, we can see an intense retreat from Arabic. Even Syria, which has remained committed to using Arabic in its higher education system, particularly its medical schools, has recently witnessed serious challenges to Standard Arabic's use and status.

Before the uprisings taking place there, several articles discussed a phenomenon known as "Arabish": a way of Latinizing Arabic words by writing them in the English alphabet but from the right to the left! Additionally, a new dictionary of Syrian Dialect was published (compiled and edited by Jerome Lentin, Frenchman and professor of Colloquial Arabic at the National Institute of Oriental Languages in Paris, and Syrian scholar Claude Salama, affiliated with the French Institute in Damascus).

This crisis is equally as severe in Egypt, where the use Standard Arabic has receded dramatically. In recent years, more and more middle and lower class Egyptians have enrolled in foreign language schools, to say nothing of the wealthy. Additionally, colloquial Arabic has become common in Egyptian media and has become the language of choice for advertising, all of which is subject to government supervision. This goes against a law dating from 1958, when the country was united with Syria, which requires the use of Standard Arabic in public messages and correspondences.

In the Arab Maghrib - Libya, Tunisia, Algeria, Mauritania, and specifically Morocco - Arabic faces challenges from three sources: encroaching dialects, a dominant Francophone culture (as in Tunisia and Algeria also), and from Tamazight the region's indigenous language, which has witnessed a notable recovery in recent years. We can see this in the launch of a Tamazight television channel in 2010 and in Morocco's recently amended constitution which considers Tamazight as an official language alongside Arabic.

In this respect, the current government's Minister of Communications, Mostafa al-Khalfi, drew attention when he spoke to reporters in Arabic during his first press conference in Rabat. A journalist from the Saudi Newspaper Al-Sharq al-Awsat considered this newsworthy, publishing an article about the event with the headline: "Moroccan Minister of Communication addresses reporters in Arabic only."

Last Friday, March 23rd, I spoke on the phone with Dr. Hasan Shafi'i, the new President of the Academy of the Arabic Language in Egypt. I called to ask him about his impressions of the Beirut conference, and I was surprised to hear that he and his Academy were not invited. Such an oversight shocked both of us. I can not understand why this happened. How do you hold a conference to support the Arabic Language in the Arab World and not invite Egypt? Does that not cast doubt on the seriousness and purpose of such a gathering?

But the more important question which all who are concerned with this issue must consider is how can we feasibly rescue the Arabic Language from its decline and defeat? Especially when the feeling of cultural decay lingers among all Arabs, from the Atlantic to the Gulf?


Though Mr. Huwaidi's article appeared recently, some notion of the 'decline' or 'corruption' of Arabic as a language has existed for centuries.

Vigilant defense of Arabic's linguistic integrity originated with its religious connotations as the language of the Qu'ran, the revealead word of God to the Prophet Muhammad (Peace be Upon Him). Understandably, a divine language had to be preserved and protected from foreign (read: religiously impure) influence. Emergence of Islam in the 7th century C.E. and its subsequent expansion throughout North Africa, the Middle East and Central Asia put Arabic in contact and competition with indigenous language ranging from Tamazight, to Greek, to Hindi.


As Arab-Islamic civilization advanced, cultural preservation emerged as a second impetus behind the language's protection. Arabic, on top of being the language of Islam, became the language of high-culture, literature and philosophy in the Islamic world, especially during the Abbassid Caliphate (750-1258 C.E.).


The destruction of Baghdad by the Mongol conqueror Hulagu Khan ended Islamic and Arab civilization's Golden Age. Though Islamic states would remain powerful for centuries to come, this seminal event marks the begin of Arabic's cultural, intellectual, and linguistic decline.

Known as the Age of Decline, this period is seen as culturally dead. Rather than innovating and expanding, Arab writers merely looked to their society's past glory, composing commentaries upon commentaries on earlier works. Poetry, which is the paramount genre of Arab literature, became hollow and vacant, poets focusing more on form than meaning to their verses.

This cultural decline reflected the Arabs' political decline, relative first to the Ottoman Turks, who ruled over the entire Arab World except Morocco, and then to the Europeans. Napoleon's invasion of Egypt in 1798 not only symbolized the Arab World's political weakness, but also their cultural inferiority compared to modern Europe.

The Arab Renaissance in the 19th century saw a revival of interest in Arabic language and waves of political, social and religious reform. Similar to European Renaissance thinkers, Arab thinkers during this period emphasized the need to return to the roots of the Arab identity in all of its aspects. And though this thought failed to prevent European colonization of the Arab world, it reemerged as a driving force behind Arab nationalist movements during and after the colonial period. Jamal Abd Al-Nasser's Pan-Arab nationalism is a good example of this.

Writers have filled tomes investigating all of the above topics. But for now, it's important to realize how deeply Mr. Huwaidi's feelings are connected with the narrative of Arab history. And as the postmodern, post-revolutionary Arab World searches for a new direction, language will certainly remain a central issue.
classical commentary Egypt history Morocco translation