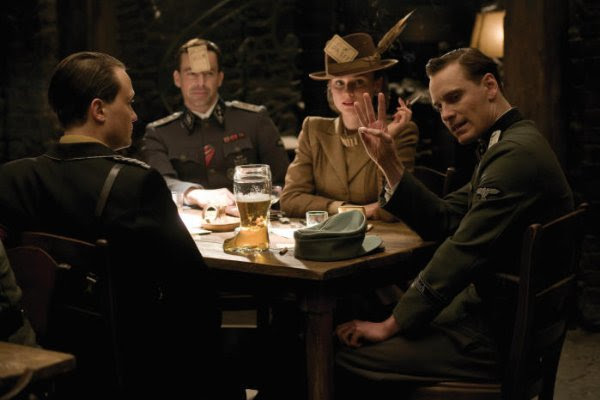 Last Fall, my good friend Aaron and I spent many hours in the kitchen cooking and baking. We loved to cook a big tajine and invite our Moroccans friends over to see how our fare compared to their mothers' and grandmothers'. This was fun, but we knew it was a game we knew we couldn't win.

Though our friends, being good friends and all, would rave about our cooking (sometimes deservedly), we both knew that after only a year learning Moroccan cuisine we had grasped only the very basics. How could we compare to people who grew up in the kitchen and made cooking their life?

We couldn't. And we accepted that. But that didn't deter us; we knew that we were always learning, always progressing. And though we realized may never reach that level of consummate knowledge and ability, we knew could still be pretty good, even excellent.

To me, language fluency is similar in many ways.

Fluency is the goal of most foreign language study. There are some people who learn a language just to 'read it', but I think it's hard to find a student who doesn't aspire to use the language he or she studies in a 'fluent' way. But is fluency an attainable goal? In other words, is speaking a foreign language 'fluently' even possible?

Aaron and I used to ruminate on this question frequently. We often hosted guests and after taking them through Fes' medina, conversing with Moroccan friends along the way, we appeared to be quite 'fluent' in Arabic. One guest asked us, almost exasperated after a dizzying day touring, "so are all of you fluent in Arabic?" We laughed and replied, "No, not even close." And what does it even mean to be 'fluent'?

Most literally, fluency describes your comfort in speaking and ability to express yourself in another language. The Arabic equivalents to fluency express this. The word 'afwiyyan عفويا means 'to do something spontaneously', or to communicate in a language without needing any sort of preparation. Another term used is bi talaaqa' بطلاقة which connotes speaking a language with ease.

In other words, speaking fluently means you are comfortable speaking on the spot, with little or no notice. This requires much practice and study and undoubtedly an advanced proficiency in a foreign language. If we take this as our meaning, then I would say I speak Moroccan Arabic fluently. I don't hesitate when I speak.

However, I don't think this 'fluency' captures what I would call the term's broader meaning.

Yes, being able to express yourself on command is part of being fluent. But, the above definitions say nothing about accuracy. To me, having studied foreign languages for most of my life, the notion of 'fluency' was always something much larger than mere spontaneous communication. In the broader sense, 'fluency' connotes speaking like a 'native' and being able to immerse yourself in a foreign culture as a result of your near-native command of that culture's language. Even mimicking native speakers to such a degree that you're indistinguishable from them.

From this perspective, 'fluency' comes to encompass more than just language. To be 'fluent' is to have mastered cultural nuances and social cues that enable you to interact with 'natives' as if you are one of them, and almost be able to fool them into think you're a 'native' yourself. You may be able to speak a language 'automatically', but if you use it in the wrong manner or situation, then are you being 'fluent'?

If we take this to be 'fluency', then I wonder whether it is an attainable goal. Is it possible to learn a culture's nuances to that degree? Immersion certainly helps, but how much time do you need? Can a person who immerses him or herself in a foreign culture for a year really understand its subtleties to the same extent as locals who have been learning and interacting with those nuances their whole lives?

This is the conclusion Aaron and I would always reach.

After living in Morocco for nearly two years, I will say that I speak Arabic very well. Better than most. When speaking, my Moroccan Arabic is stronger than my Classical Arabic (whether fusha is a real 'spoken' language is even debatable). Speaking darija, I feel like I can approach any Moroccan and request something from them, joke around with them, or talk about current events. This is the 'spontaneity' and 'ease' we discussed earlier.

But do I speak fluently? I don't think so. My Arabic is not nearly perfect. I still make mistakes (some of them pretty egregious). I still can't catch every word a friend says to me. Most importantly, I'm nowhere close to understanding Moroccan culture's many nuances and subtleties

But I get by, and am even mistaken for a Moroccan at times (undoubtedly my small stature and beard contributes to this). But is that fluency? I don't think so.